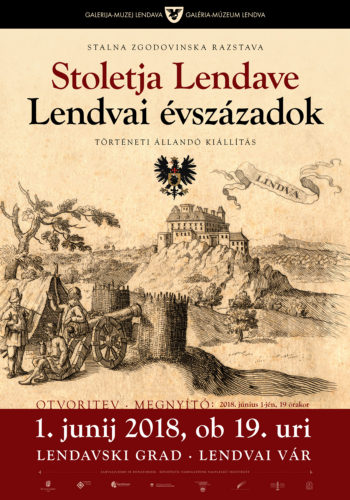 THE EXHIBITION WILL BE PRESENTED BY:
Zoltán Lendvai Kepe, PhD
senior curator, author of the exhibition

THE EXHIBITION WILL BE OPENED BY:
Dubravko Baumgartner
Director of the Gallery-Museum Lendava 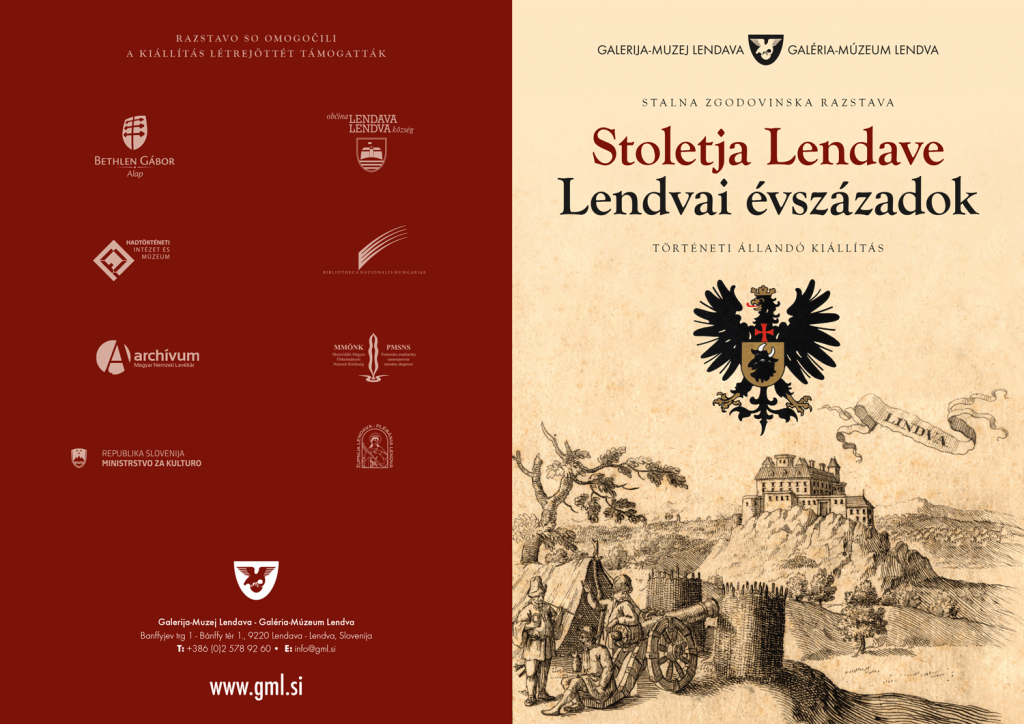 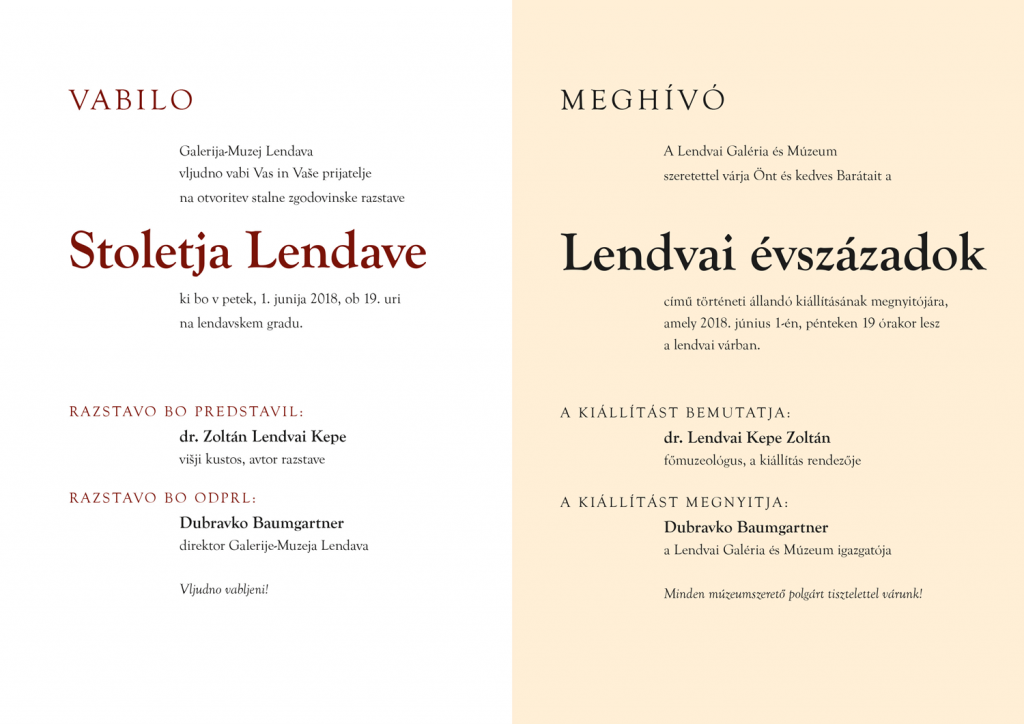 An excerpt from the accompanying book that you can buy at the box office of the Lendava Castle:

The town of Lendava, known as the former Dolnja Lendava, stretches along the lower course of the River Mura, directly at the south-western foothills of the Zala hills, on the junction of the Hungarian, Slovenian and Croatian linguistic borders. The town and its surroundings belonged to Hungary and, after the Trianon Treaty, even this area was annexed to the Kingdom of Serbs, Croats and Slovenes. Throughout history, the name of the Lendava settlement can be found in different languages and forms: in Hungarian it was most often named Alsólendva, Alsólindva and Lindva; in Slovenian Dolnja Lendava or Lendava; in Croatian Donja Lendava; in German Unter Limbach; and in Latin Lyndwa Inferior. At the very beginning it is necessary to clarify that, for almost a millennium, two Lendavas existed, Dolnja Lendava, situated in the historic Zala County, and Gornja Lendava, situated in the historic Vas County. Dolnja Lendava, together with Gornja Lendava, which is found 50 kilometres to the northwest, was first renamed in 1934 and then again after the Second World War in 1952. Ever since then, Gornja Lendva has been known as Grad, Dolnja Lendava has been known as Lendava, Lendva in Hungarian.

The strategic significance of the settlement with its surroundings was mainly due to the fact that, even before then, there was a river crossing over the Mura, which is known for its strong currents. In ancient times, the province was part of the Roman Empire – part of the province of Upper Pannonia, known as Pannonia Superior. The famous ancient Amber Road cut through the land, from Italy through Pannonia to the Baltic. On the right and left banks of the River Mura, between two important towns in the province, Poetovia (Ptuj) and Savaria (Szombathely), two settlements were built, one was Halicanum (Sveti Martin na Muri) and the other Lygano (Alsólendva / Dolnja Lendava).